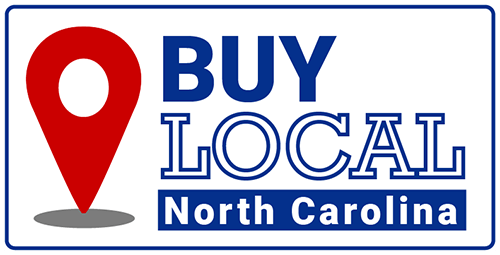 Saint Augustine’s University, in Raleigh, NC, launched the first HBCU cycling team in the country. The team was formed as a club sport by their Department of Sports Management in the School of Business, Management, and Technology. The team was approved by USA Cycling and will compete in the Atlantic division with dozens of other schools in the Southeast.

According to the press release, the team’s roster will start with approximately ten student-athletes. Several of them already compete in other collegiate sports. They will begin this fall with virtual events already scheduled.

Professors Umar Muhammad and Dr. Mark Janas are coaching the new cycling team, which has been in the works since the summer of 2019. Currently, Professor Muhammad and Dr. Janas teach sports management courses under the Department of Sports Management in the School of Business, Management, and Technology.

As the first HBCU to officially have a cycling team, they are well aware of the special history with African Americans and the sport. Professor Muhammad acknowledged Major Taylor, a cycling superstar. Also, Taylor was arguably the first international superstar in sports. While the team has pioneered as a HBCU in cycling, they hope to shed light on Taylor as an African American cyclist.

“What many may not realize is that while cycling might be new to most HBCUs, African Americans have made huge contributions to the sport of cycling,” Muhammad said.

Muhammad also stated that Saint Augustine’s is excited to be the first HBCU with a cycling team. This isn’t just the beginning of cycling for the school, but it is a starting point for much more to come. They are ready to offer students e-sport courses in the Department of Sports Management. This will open doors for new avenues of learning in sports.

RALEIGH, N.C. (WNCN) — A bill that would have allowed concealed carry permit holders to have a handgun in a place of religious worship that is also educational property has been vetoed by Gov. Roy Cooper.

"For the safety of students and teachers, North Carolina should keep guns off school grounds," the governor said in a statement Friday about Senate Bill 43.

A police officer in Springfield, Ohio has been placed on paid administrative leave after dash camera footage showed her patrol cruiser running over a Black shooting victim who was calling 911 for help. The man died shortly afterwards.

Officer Amanda Rosales was responding to the 911 call from Eric Cole, who called at 11:15 pm to say that he had been shot. "I'm in the middle of the street," Cole told the dispatcher. "I'm about to die."

In Iran’s subdued election, many voters appear to stay home

Amid rising anger and apathy over a presidential vote tipped in favor of Ebrahim Raisi, the hard-line judiciary chief cultivated by Iran's supreme leader, the election atmosphere was distinctly subdued.

North Carolina’s most misspelled word according to Google

Tens of thousands in dark after blackout hits USVI

US Catholic bishops OK steps toward possible rebuke of Biden

Carcinogen found in some popular sunscreens and after-sun products including Neutrogena, tests show