The expert flavor creators over at Coldstone Creamery have some tricks up their sleeves this Fall. Find out why Ice Cream is a favorite treat for families year-round.

Who can get a COVID-19 booster shot?

RALEIGH, N.C. (WNCN)- Who can get a COVID-19 booster depends on a number of factors including when you got your first dose, your age, and medical history.

Pfizer was the furthest along with booster approvals. If you got the Pfizer vaccine as part of your primary series.

COLUMBUS, Ohio (AP) — An Ohio woman who has spent nearly two decades in prison on charges of killing a baby in her care could be released as soon as Thursday after new evidence in the “shaken baby syndrome” case led to charges being dropped.

The evidence now shows that the injury that killed the 9-month-old girl in the care of Kim Hoover-Moore happened days before Hoover-Moore noticed problems with the baby in her home day care in 2002, according to a court filing requesting a new trial.

‘Get your swing on’: First Topgolf facility is coming to the Triangle, 400 jobs to be filled

DURHAM, N.C. (WNCN) - Topgolf is coming to the Raleigh-Durham area with a new three-story facility set to open in summer 2022.

Topgolf Entertainment Group has two other locations in Charlotte, this will be the third location in North Carolina.

Why no tusks? Poaching tips scales of elephant evolution

Forecasters predict warmer winter for two-thirds of US

Biden bill would put US back on path of reducing uninsured

Do the COVID-19 vaccines work on teens? 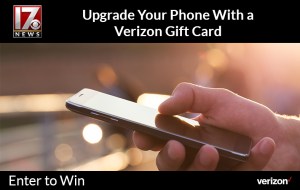