It just takes a few minutes to get your push mower running smoothly again this Spring. A Briggs & Stratton “Maintenance Master” is here to walk our very own Joanna Heims through these quick, easy steps– if she can do it, so can you!

Mahmoud Ahmadinejad reportedly marched accompanied by supporters to a registration center at the Interior Ministry where he filled out registration forms.

GAZA CITY, Gaza Strip (AP) — Rockets streamed out of Gaza and Israel pounded the territory with airstrikes early Wednesday as the most severe outbreak of violence since the 2014 war took on many hallmarks of that devastating 50-day conflict, with no endgame in sight.

Gaza's Hamas rulers and other militant groups have fired barrages of hundreds of rockets that at times have overwhelmed Israel's missile defenses, causing air raid sirens and explosions to echo across Tel Aviv, Israel's biggest metropolitan area, and other cities.

The Latest: India adds 4,205 deaths amid strain on hospitals

NEW DELHI — India has confirmed 4,205 more deaths, setting another daily record and taking its official COVID-19 toll past 250,000 as it battles a ferocious surge in infections.

Around 370,000 new cases were added in the last 24 hours, pushing India's total past 23 million, according to the health ministry. The figures are considered vast undercounts due to insufficient testing and records among other factors.

Number of children traveling alone at border eases in April

Scientists race to study variants in India as cases explode

What is being done to help female offenders in North Carolina?

Number of children traveling alone at border eases in April 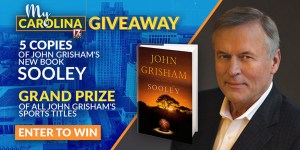