FUQUAY-VARINA, N.C. (WNCN) – As many industries face uncertainty during the COVID-19 pandemic, one local auto dealership is doing its part to support its employees and their community.

The sales floor at the John Hiester Automotive dealership in Fuquay-Varina is still operating and selling cars, while practicing social distancing. Around back, however, something special is happening.

When the health crisis hit, John Hiester, the dealer principal and chief operator of the Hiester Automotive Group, realized his service employees were running out of work mid-day. His service technicians were scared for their paychecks and their families. At one of their mechanics meetings, one of Hiester’s mechanics spoke up.

“He said, ‘What are we going to do when we run out of work?’” Hiester said, “and I didn’t have a good answer.”

So he went home and made a plan. He decided to pay his service technicians — across four different dealerships – to restore 14 classic cars.

“It started with, we’ll put them in the shop and we’ll pay them to work the same way we’d pay them to work on a customer’s car,” said Hiester. Then the idea really took off as the dealerships split into teams – making it a competition.

The teams have just 12 weeks, limited budget, and bragging rights on the line. Whichever team can make the biggest improvement for the least money wins. When that winning car gets auctioned off, the winning team gets to help decide which local charity gets the proceeds.

Now, once the customer service work is finished, the real challenge begins.

“To go back and work on something that has a carburetor in it is a new experience for them. I think they’re getting a kick out of it and having a lot of fun with it,” said Hiester.

Hiester says it has been a huge morale boost for his team.

“The energy went from completely stressed out, to completely engaged and excited and I think they kind of feel like they’re a part of something that is new and unique,” he said.

For now, the work continues, and the excitement builds with just a few weeks left. Car enthusiasts can follow the progress on the Hiester Automotive Group’s Facebook page.

Thanks for signing up!

Watch for us in your inbox.

How you brew coffee could impact your cholesterol: …

Ready to exercise more in the new year? Here are …

Man vacationing in Milwaukee dies in fall from drawbridge

Police hunt for person who shot man in Rocky Mount

NC pilot ‘may have been sick’ before jump: report

Someone in NC won $1 million in Powerball. Was it … 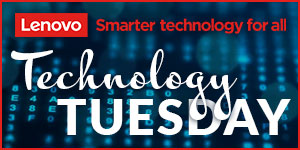