Heading into the second weekend of August, it will feel…well, exactly like the middle of August.

Temperatures today will reach the low to mid 90s: 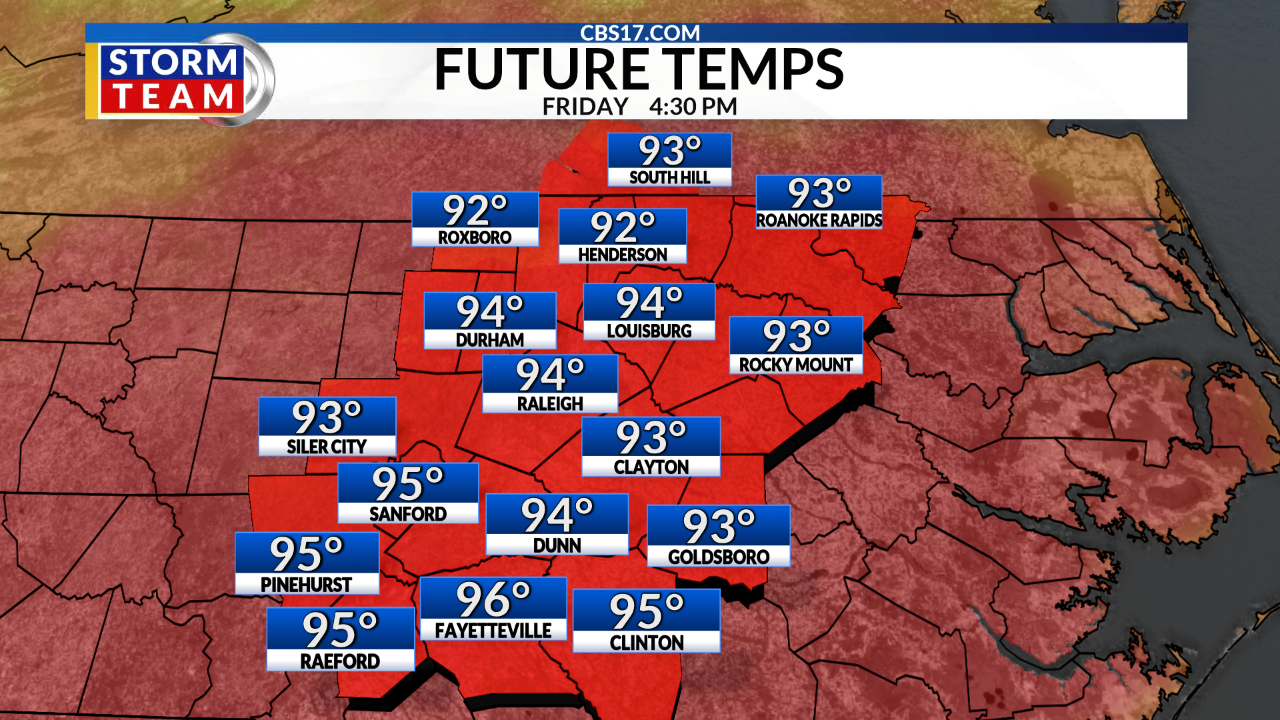 The humidity will be noticeable, but not dreadful (at least by mid-August standards)…just enough mugginess to make it feel a degree or two hotter. And while our rain chances won’t be zero, they’ll be very limited overall. The best chance will be north of the Triangle, along the Virginia state line and the northern Coastal Plain: 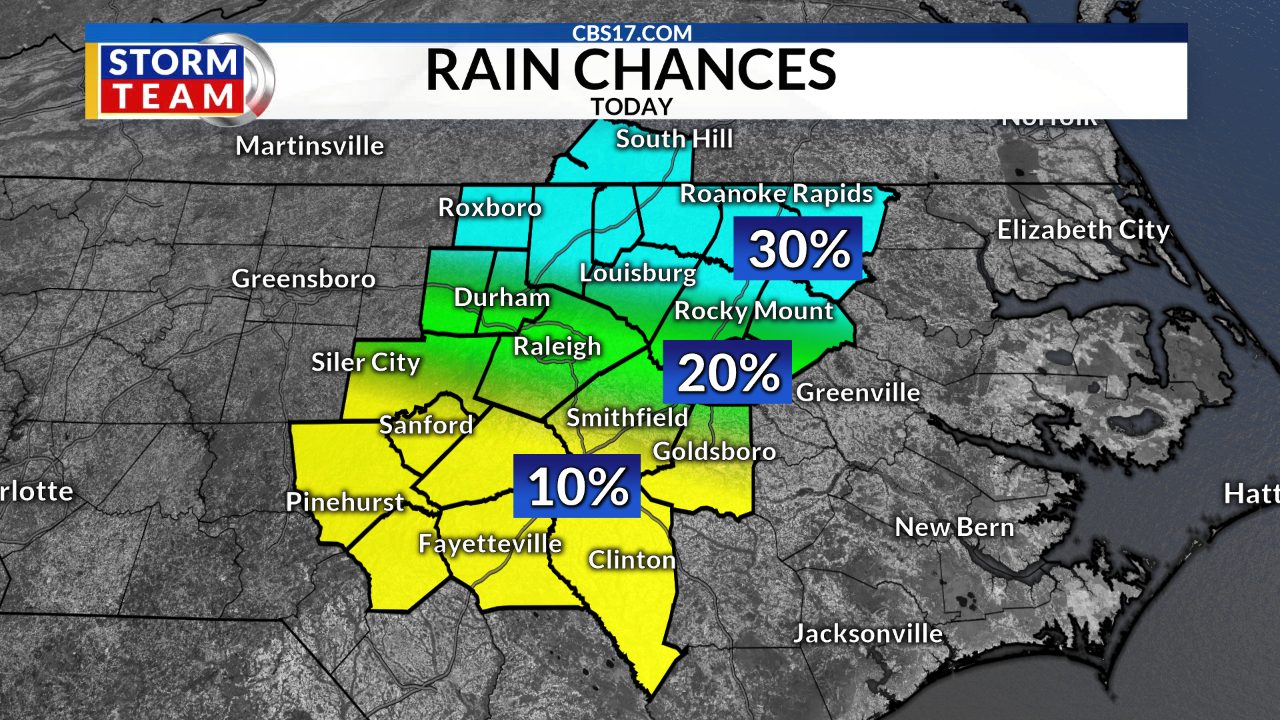 The HRRR model’s radar simulation from noon through midnight shows a few storms running into those counties late this afternoon and this evening:

The Storm Prediction Center has included those areas in a “Marginal Risk” (level 1 of 5) of severe weather: 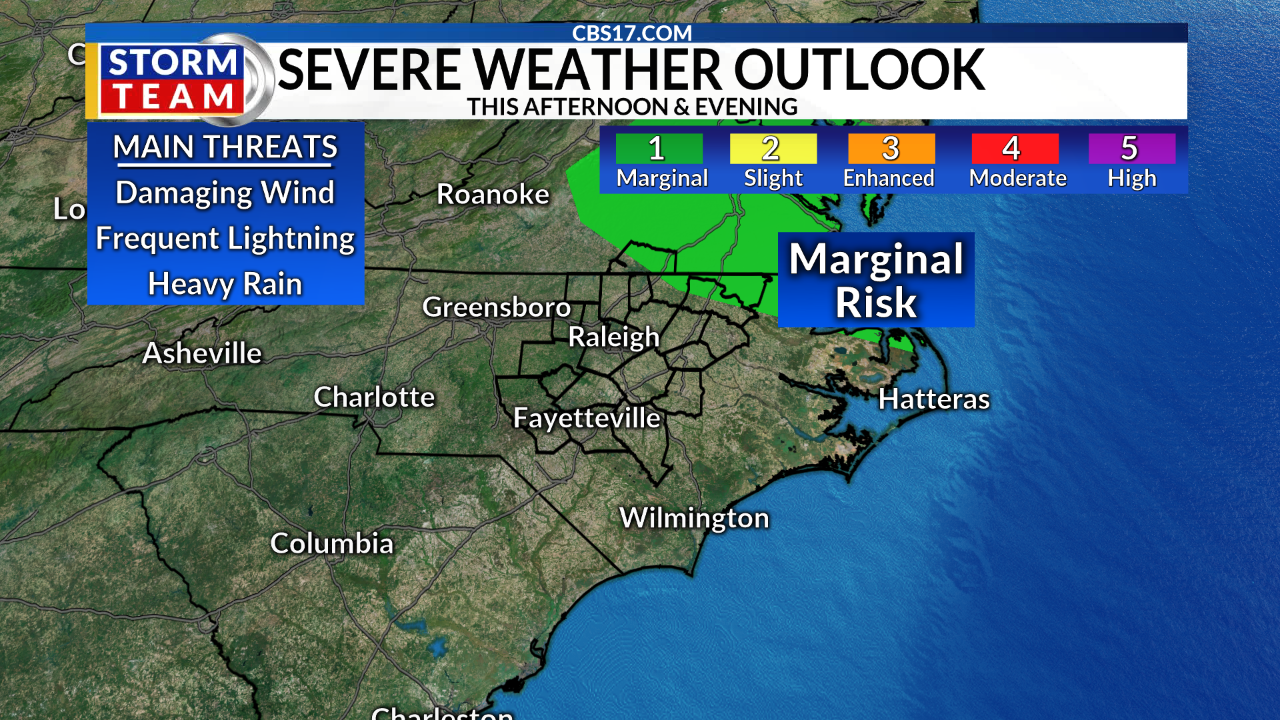 To be honest, I’m not concerned…I think any organized severe threat will stay farther north in Virginia.

Temperatures tonight will only drop to around 70°: 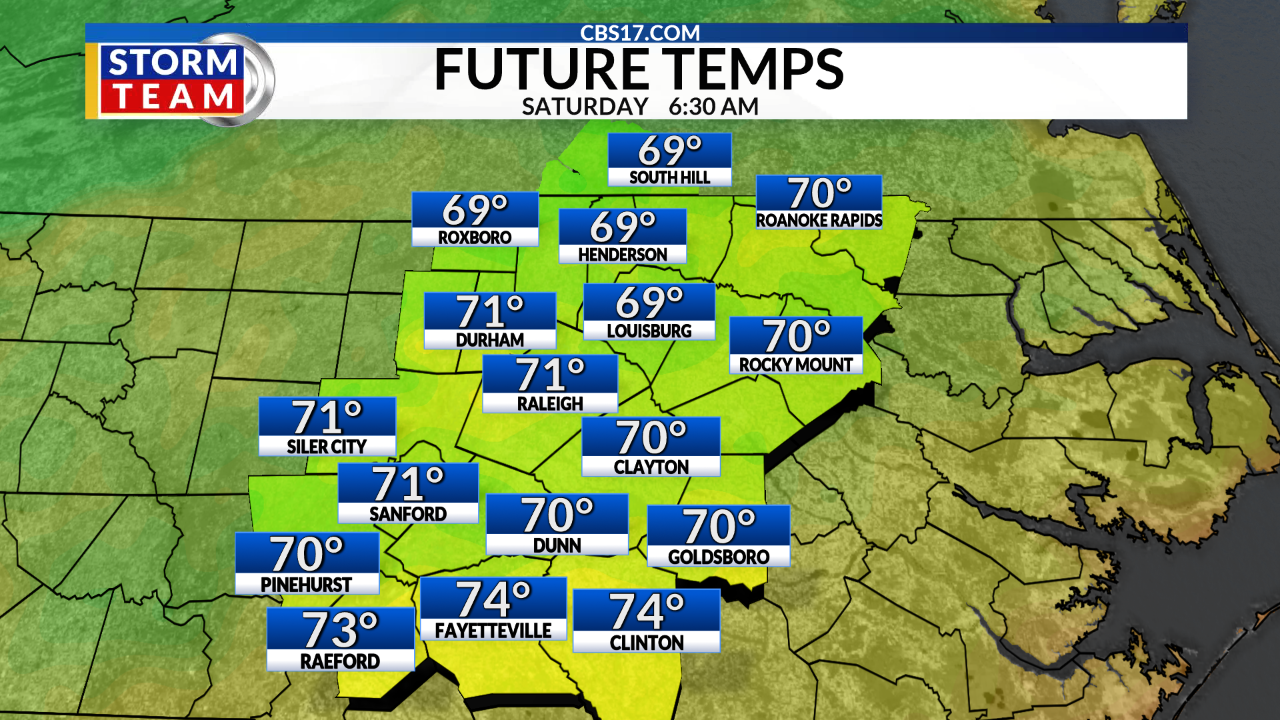 And we’ll heat up into the 90s again on Saturday: 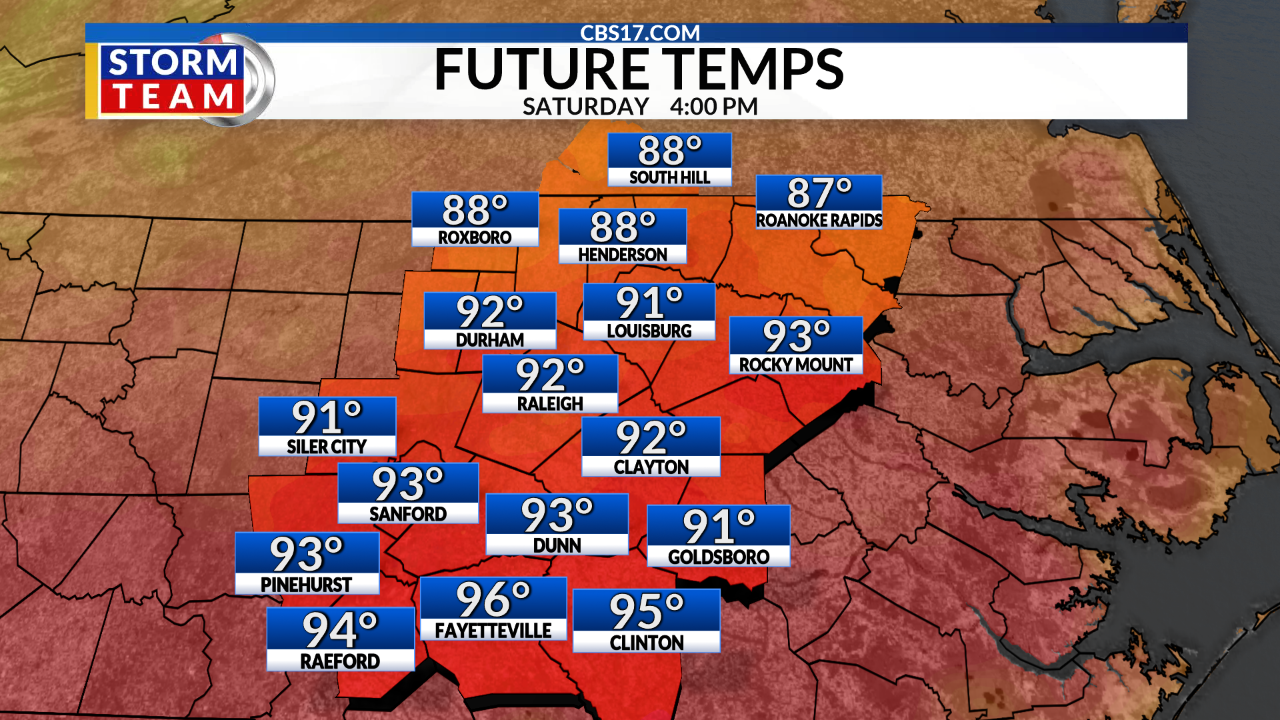 The best storm chance on Saturday will be to the east and south of the Triangle, generally along I-95. The North American Model’s simulation from 10:00am through 10:00pm shows some activity in those areas:

I think the radar might be a little busier than that, and the Storm Prediction Center agrees. They’ve outlined a Marginal Risk for the southern Coastal Plain, to account for a chance of storms with damaging winds: 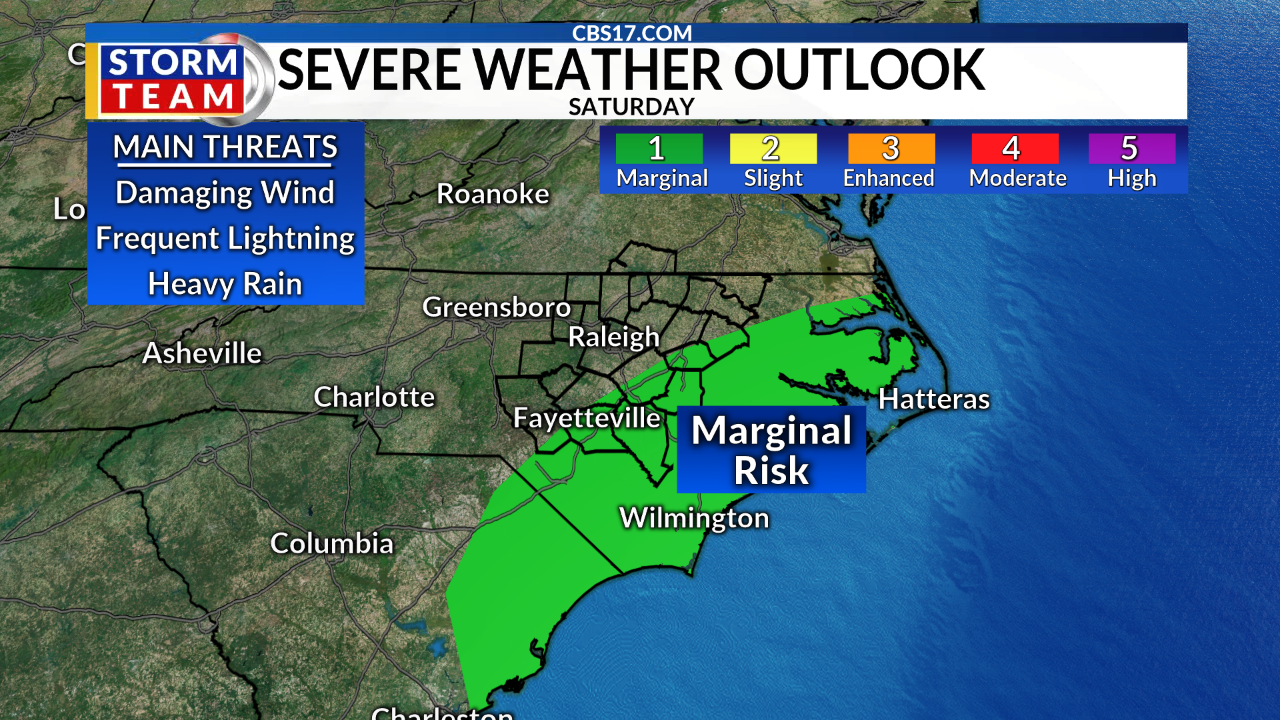 Another break from the humidity on Sunday will help to limit our storm chances, but the mugginess will build throughout next week. This plot of the Muggy Meter is from the European forecast model, and it’s showing flat-out disgusting humidity by Tuesday and Wednesday: 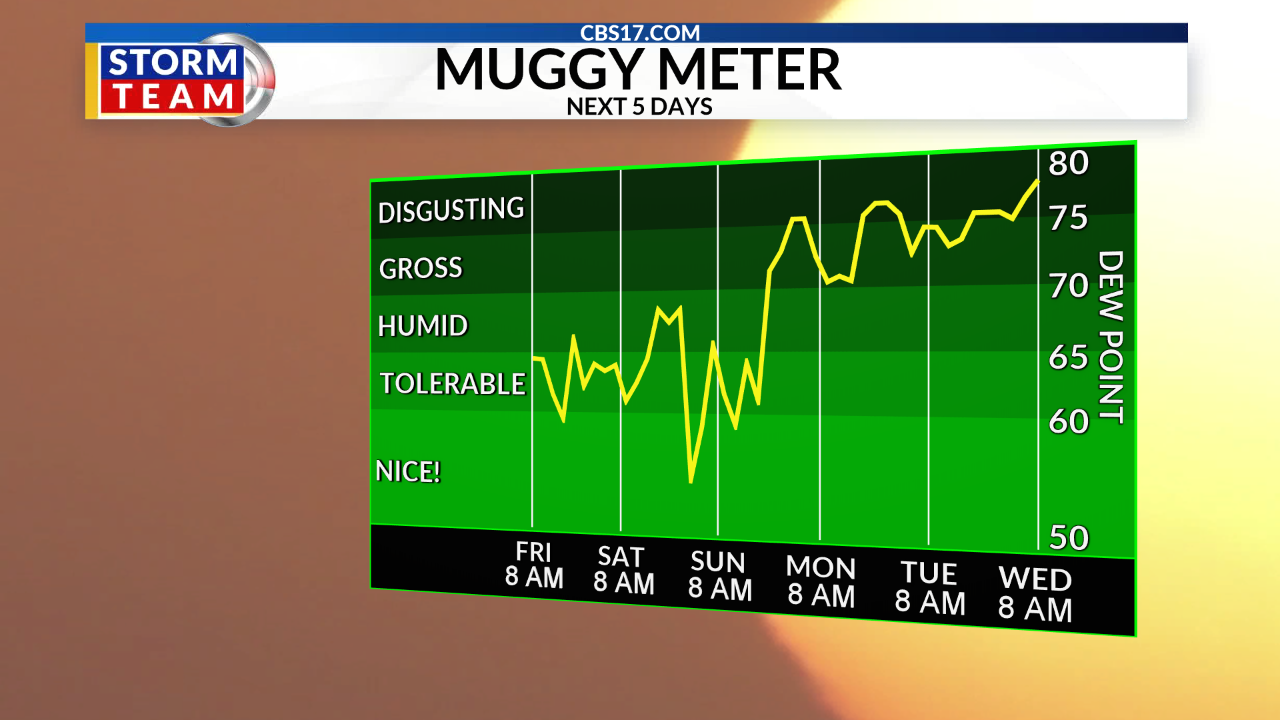 That will fuel the next good chance of thunderstorms, which will arrive by the middle of next week: 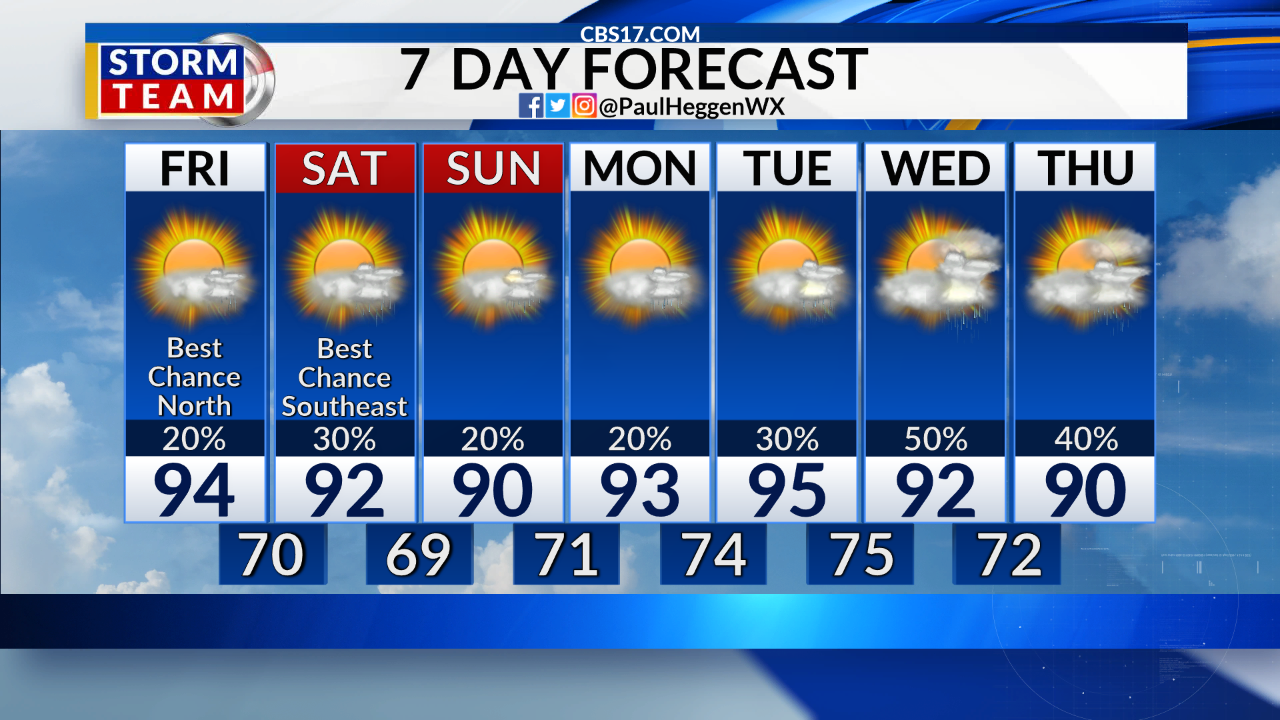 GOLDSBORO, N.C. (WNCN) - Brenda Stewart was on borrowed time for her heating and air conditioning system, but all those concerns are now a distant memory.

Another frigid morning marks the beginning of the end of this cold snap. We'll only warm up to the upper 40s and low 50s this afternoon -- still below-average, but the warmest readings we've seen all week.

Increasing clouds throughout the day will continue to thicken overnight, keeping temperatures from falling too far. We'll bottom out in the 30s during the week hours of Friday morning, then temperatures should warm up a few degrees before sunrise.

This morning's low temperature of 24° is tied for the coldest we've seen so far this winter, but a slow warm-up will start to kick in today.

After two days with highs in the upper 30s, we'll climb back into the 40s today...still about 5° below-average.