CBS 17 Chief Meteorologist Wes Hohenstein said some parts in the eastern parts of the state remain under a Severe Thunderstorm Watch – the threat for the CBS 17 viewing area has died off.

However, parts of Moore, Harnett, and Lee counties were issued a Severe Thunderstorm Warning late Wednesday night. It will last through 11:45 p.m.

“At 11 p.m., a severe thunderstorm was located near Carthage moving east at 25 mph,” an alert from the National Weather Service said.

Central Sampson County and east-central Cumberland County were also put under a Severe Thunderstorm Warning that lasts through 12:30 a.m. Thursday. A severe thunderstorm was located east of Fayetteville at 11:23 p.m. and was moving east at 25 mph.

Parts of Wake, Lee, Harnett, and Chatham counties were placed under a Severe Thunderstorm Warning late Wednesday, as well. A thunderstorm was located 7 miles southwest of Sanford at 11:42 p.m. and was moving east at 40 mph, the NWS said.

Another Severe Thunderstorm Warning was issued for Wake County, northeastern Harnett County, and northwestern Johnston County until 1 a.m. A severe thunderstorm was located 7 miles southwest of Cary and was moving at 40 mph.

Some Severe Thunderstorm Warnings began to pop up in the western parts of the CBS 17 viewing area, including Chatham and Orange counties at 1 p.m.

Most of North Carolina is in a Slight Risk of severe weather.

The biggest threat will be damaging wind gusts over 60 mph, although some hail will be possible in the strongest storms as well. Heavy rain with frequent lighting are likely from ALL storms, regardless of severity. The storms will likely be moving a little faster today than they have the past few days, which means the flooding risk will be lower. The tornado threat remains very low. 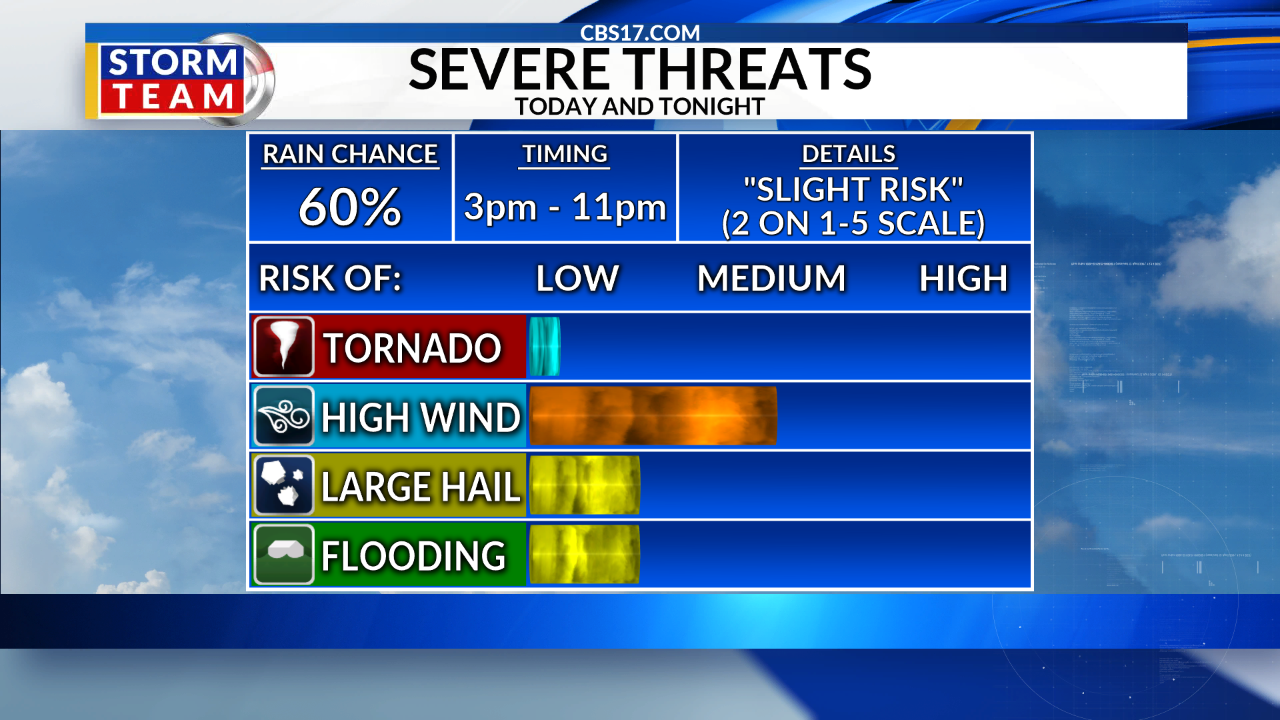 The timing of the storms is typical of a summer day, meaning the morning will be dry. Most of the storms will move through later in the afternoon with activity continuing into the evening hours. 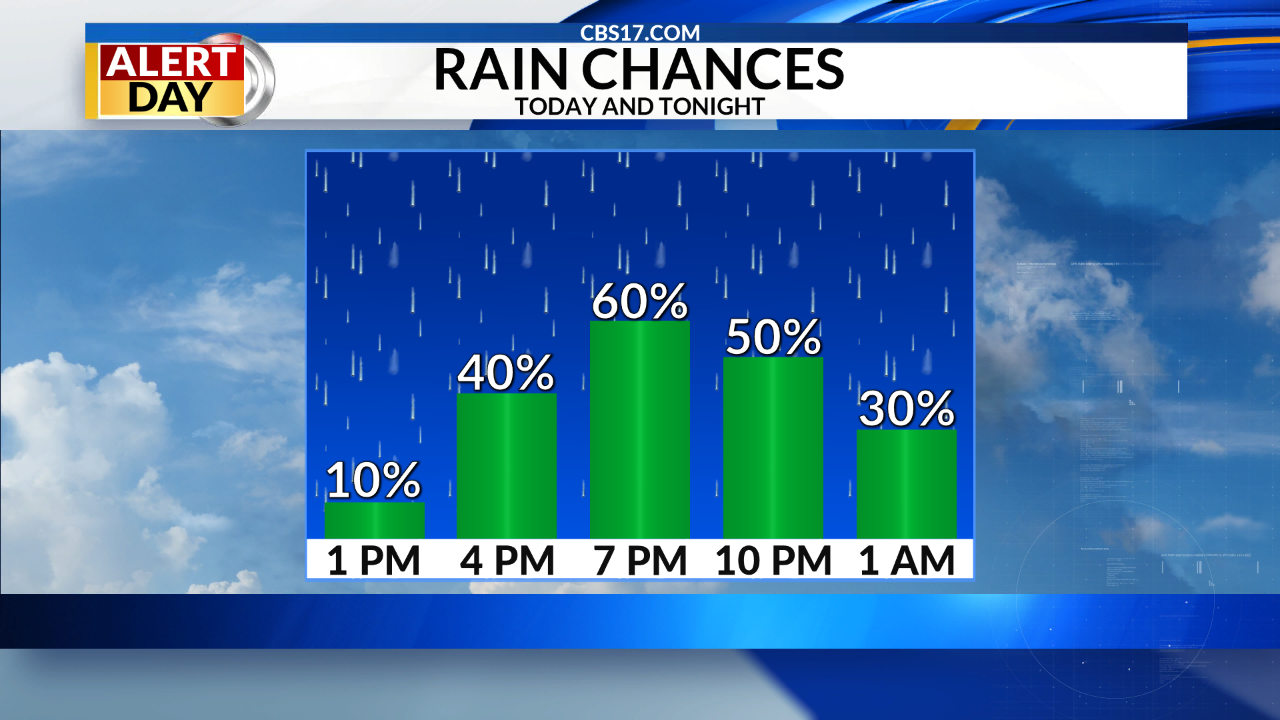 The Latest: Pope calls for unity among faiths in Iraq’s Ur

NCCU nursing student out of more than $2,000 after falling victim to rental scam

In NC, if you’ve smoked at least 100 cigarettes in your lifetime, you can get vaccinated starting March 24

1 arrested, 1 on the run in connection with murder of Virginia man in Fayetteville, police say